I am so excited to have my Inkspell sister and friend visiting with me today as she presents her latest novel! 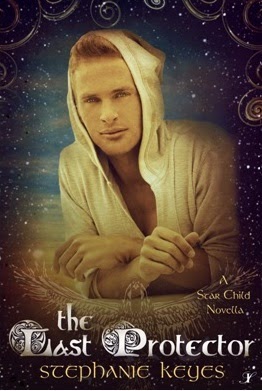 Gabriel Stewart helped his best friend Kellen St. James save the world from The Scourge in the Battle of Dublin. But before that? Gabe was just an ordinary guy who kept having dreams about a little boy with black hair and green eyes—a boy he hadn’t even met yet.

And even weirder? Gabe’s mind kept replaying these images on loop of things he’d never seen. He heard voices in his head when no one was around. And he actually blew off hot Valerie Gibbons to chase after the black-haired kid in the park. What was up with that?

As Gabe searches for the truth, fate continually puts him in Kellen’s path, but will he be able to stop the Children of Danu from stealing Kellen before the battle begins? What will it take for Gabe to become The Last Protector?

*The Last Protector is a companion novella--intended to be read after the other books in the series.
Ebook only: $0.99

It was an ordinary Thursday, (or at least I thought it was going to be), when things got scary. As usual, I was flirting with Valerie Gibbons by the lockers.

"You coming over after school?" Val toyed with the front of her cheerleading skirt.

I shook my head. "Not today." This weird sense of urgency had thrummed in my veins all day, like a Heavy Metal bass line.

Val pouted. "You aren't going to dump me, are you? I really like you, Gabe."

"Nah." I made sure no teachers were watching, and then gave her a quick kiss on the lips. My gut turned to jelly when my mouth brushed against hers.

I wished I could tell her the truth. "Ah, you know. I have to do some stuff with the 'rents this afternoon. I'll call you later, okay?" I pushed down my guilt and smiled, trying to amp up my charm to the super mega-watt Gabe level.

"Maybe." Val sounded grumpy about it, but the corners of her mouth turned up when she spoke the word. "Bye." With a quick turn, she ran in the opposite direction, leaving me alone.

After waiting a few beats, I closed my locker with a click. Shouldering my backpack, I ran out the side door and hopped on to my red 10-speed and started to pedal.

And I wanted them to.

Where It All Began
Check out some of the other books in The Star Child series! 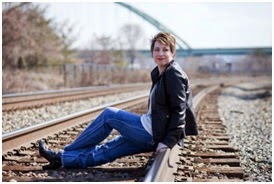 Stephanie Keyes grew up in Pittsburgh, Pennsylvania and spent years traveling and working as a Corporate Trainer before she made the decision to pen her first novel. As a teen, her family always accused her of having an “overactive imagination.” Now, she’s encouraged to keep her head in the clouds and share her world with readers.


Keyes is the author of the YA Fantasy series, The Star Child, which currently includes The Star Child, After Faerie, The Fallen Stars, and The Star Catcher, all from by Inkspell Publishing. The Fallen Stars was a 2013 semi-finalist in the Kindle Book Awards. The Star Child has topped the Amazon best-seller list several times since its 2012 release. Steph writes YA novels because she’s a hopeless romantic who lives to believe that Magick truly does exist. She is hard at work on a new YA novel.

Take a minute and tell Stephanie what you think!  She'd LOVE to hear from you!