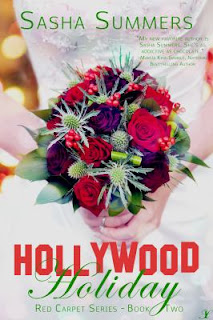 The Blurb:
All she wants for Christmas is for to love her again. But once she meets him, her Christmas list changes.
Jen’s only Christmas wish: falling back in love with her. Meeting ex-Marine Gunner was a bonus. She likes that he isn’t impressed by celebrities or the movie biz. She likes that he’s funny and sweet … and drop-dead gorgeous. And she loves that he has no idea who her alter-ego is: Jen Fleming, bad-girl and paparazzi target number one. Why ruin an amazing affair when he’s leaving after the new year?

But the closer they get, the harder she falls, and the more she wants to tell Gunner everything. Especially once he shares his secret with her.

Her new Christmas wish: Gunner accepts and loves her for who she really is. 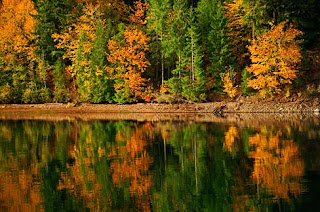 
I invite everyone to come and join in the fun of Stephanie's "Happy Book Birthday Party!" 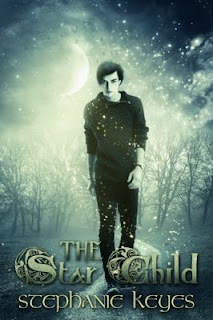 The moment he released his grip on me, I gasped for air. With not a moment to lose, I raised my sword above my head with a strength and agility I didn’t know I possessed. Then I was charging at Cabhan, who met my challenge running toward me.
“Kellen, no.” I was frozen in mid-air. Calienta had crooked a finger at me and frozen me in place. “You can’t kill him, Kellen, you’re a mortal. He’ll take your life. Please back down.” She released me and I dropped to the ground, my knees like jelly.
Color flooded my face as humiliation coursed through my veins. I was about to tell her my real thoughts when I glanced down at the sword in my hand and noticed an inscription on the hilt: Claíomh Solais.
I rose to my feet, gripping Calienta’s arm. “Look, you have to trust me on this. I know what to do.”
Her eyes met mine, confused, afraid. I sensed her anger and fear all at once as she spoke. “How do you know what to do? How could you?”
“You have to trust me. You asked me to trust you once; do you trust me?”
Her eyes lingered on mine, intense, concerned. “I do.”

The Welch call it Gwyl canol Hydref, the other Celts refer to it as Mabon, the Harvest Home, or Harvest Tide. This celebration runs from September 21 through September 23, coinciding with the annual astronomical phenomenon that gives us nearly equal hours of daylight and night. (Okay...okay... the Autumn Equinox). During this phase, the sun enters the sign of Libra, and brings balance to the earth. The vivid colors of fall, oranges, reds, and browns are associated with this festival. 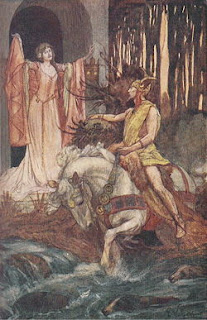 Also on this day, the god of darkness, known as Goronwy the Horned King, defeats his twin brother Llew, the mythical god of light. Llew transforms into an Eagle or Scorpio. Goronwy then sits on Llew’s throne as King of our world and as a lover to Blodeuwedd, the Goddess who betrays Llew. (Aren’t myths fascinating?) Goronwy now functions as the King even though he has to wait six weeks for his coronation at Samhain (Halloween)—or the beginning of Winter. He mates with Blodeuwedd, and sires his own incarnation, the Dark Child. Eventually, Gwydion, Llew’s uncle, hears this news. He sets out to find and cure his nephew. He finds the wounded eagle perched on the branch of an oak tree and restores him to human form.

Glorious Autumn... A Time to Give Thanks... Part Two

~ Mabon ~
In continuation of Harvest celebrations and the autumn equinox...

Mabon is an old Celtic mid-harvest celebration, which occurs during the Autumn Equinox. This particular celebration, one of three Pagan Harvest Festivals, honors Mabon, the Welsh God of male fertility. This is a time designated to give thanks, and to celebrate the ‘second-harvest.’ The Druids refer to this celebration as Mea'n Fo'mhair, in honor of the God of the Forest or The Green Man. They offer gifts of wine, cider, and herbs to the trees. They also celebrate Alban Elfed, a time of balance between the light and the dark.

The autumn season is a time to gather and store crops—and marks the beginning of the hunt. Traditionally, men hunt game animals, such as deer, elk, and other wild animals to provide food for the winter table. Symbols of Mabon include mid-autumn vegetables, like squash, gourds, apples, pies, and cider. Seeds, pods, sickles, scythes and baskets all symbolize harvest gathering.

Other worldwide myths and legends emphasize these themes of life, death, and rebirth, as the earth enters her death-like sleep of winter. As we discussed last week, Demeter and her daughter Persephone, kidnapped by Hades has to return to the Underworld once a year, which brings on winter.

The Autumnal Equinox and the Harvest Moon... A Time of Balance

Our pagan ancestors, by necessity, immersed themselves in the rhythms of nature. We see the proof for that in ancient archeological sites all over the world. Within agricultural societies, seasonal or astronomical occurrences were critical to their survival. Over the centuries, some of these events have become Christian holidays, while others remain routed in our pagan past. For many, the Autumn Equinox is a period of feasting, thanksgiving, and contemplating the approach of winter.

An equinox, by definition indicates equal periods of light and darkness, suggesting balance. After the day passes, the northern latitudes slips day by day, into the long night of winter. The Autumn Equinox stands opposite the Vernal Equinox, also known as the spring equinox. In the spring, we celebrate rebirth as the earth awakens from the winter, sheds her drab winter coat, and adorns herself with vivid, beautiful colors. But I digress. We were talking about the equinox of autumn, were we not... And did I mention the pomegranates?

As one version goes, the Greeks labeled this delightful, delicious fruit as the “food of the dead,” and it’s all because of Persephone. Persephone is the daughter of Zeus and Demeter, the Greek goddess of the harvest. According to the myth, the beautiful Persephone captured the attention of Hades, ruler of the Underworld and he wanted her for his own.

With the help of mighty Zeus, Hades kidnapped Persephone and without a backward glance, carried her off to his gloomy realm. When Demeter discovered her daughter missing, she sunk into despair. While she mourned, all green things ceased to grow and earth fell into perpetual winter. Zeus had no choice but to order her release.