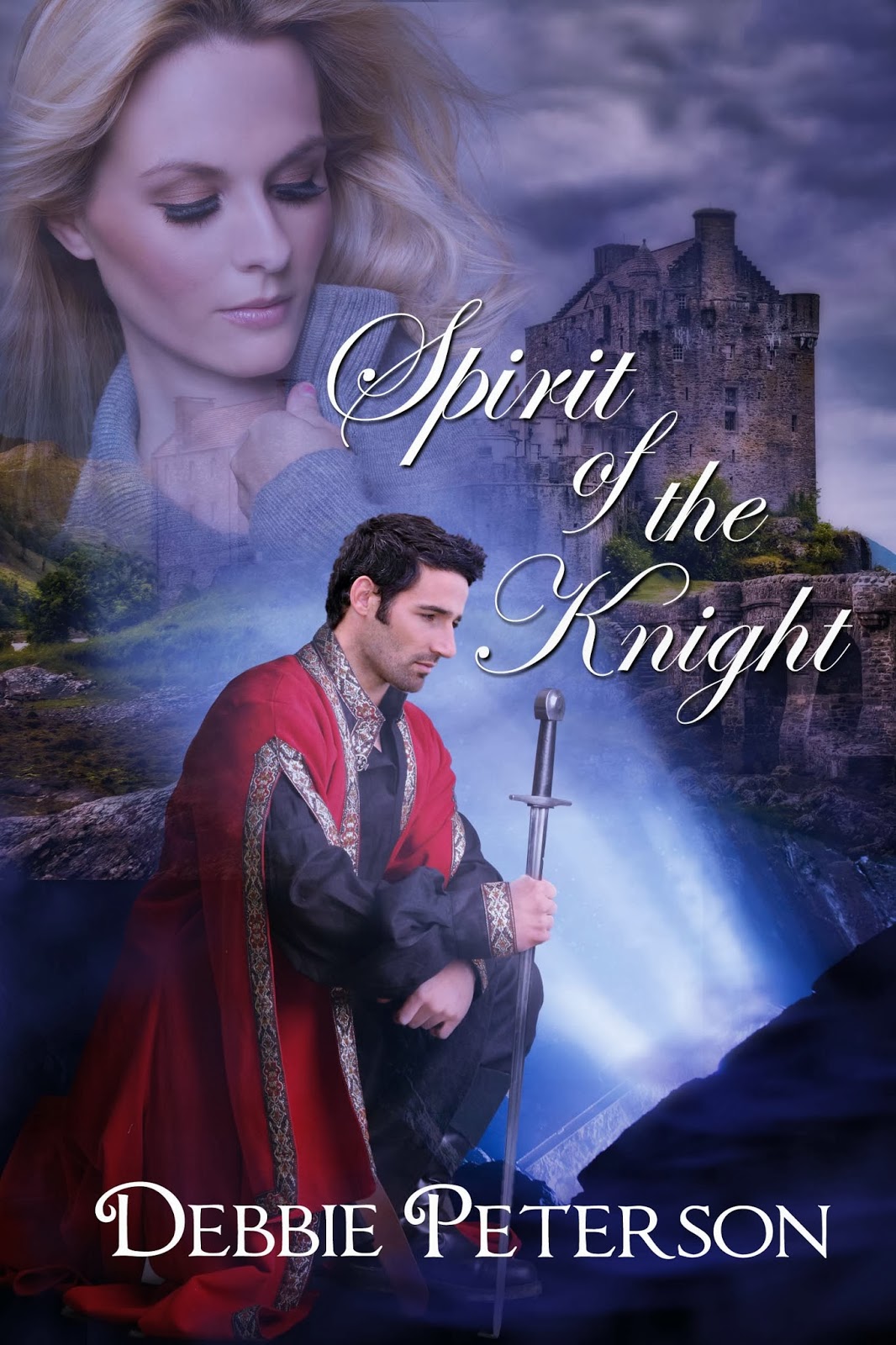 So, in light of this news, (and because I am pretty sure my publisher would appreciate it...) I thought I'd share an excerpt as well as the blurb.

“You’re goin’ to acknowledge my presence now, aye? ’Twould be discourteous to do otherwise, Murriah Jennin's, after our eyes met not once, but twice.”

Mariah’s hand flew to her mouth. She choked on a breath and stared. After swallowing past the knot in her throat, she shook her head slightly and stepped back. In so doing, she tripped over her own foot and collided with the turret wall. The impact made her lose her balance, and at once she fell backward. In the same instant, her knight wrapped a hand around her wrist and gently tugged her forward. He held onto her hand until she regained her footing.

“Watch your step now. We cannae have ye tumblin’ over th’ side of th’ castle,” he said.

She ignored his comment as well as his concern, for, most assuredly, neither of them existed. “No, you can’t be real. Such a thing just isn’t possible,” she murmured aloud.

Despite the rationale of her statement, her gaze remained fixed on the solid image that stood so close she could touch it without effort. Her fabricated vision folded his well-muscled arms against his chest, and tossed her a lopsided grin.

“That depends upon what ye mean by real. If you’re speakin’ of a man made of flesh, then no,” he replied. “Despite th’ lack, th’ rest of me is real enough, I assure ye.”

Mariah squeezed her eyes shut. The moment she opened them again, he’d be gone. Her imagination, as one might expect in an ancient castle, simply worked overtime. Especially after her earlier conversation with Evan. She licked the bottom of her dry lips, and then peeked up through her lashes.

She fell deeply in love with him in the early days of her childhood. And in return, she captured his heart the moment he first cast his gaze upon her...

Renowned artist, Mariah Jennings hired to paint a thirteenth-century Scottish castle, gets the shock of her life when she encounters the handsome knight who has dominated a lifetime of portraits and sketchbooks.

But Sir Cailen Braithnoch is no ordinary ghost, nor did he suffer an ordinary death. Magic of the blackest kind cast a pall over the knights centuries ago. As the ghost and his lady seek to unravel the paradox surrounding his death, black arts, otherworldly forces, and a jealous rival conspire against them.

Will those forces tear them apart, or is their love destined to last throughout the ages?

Posted by Debbie Peterson at 11:11 AM