Kristy Centeno talks about writing and her latest book, Enchanter...

I am so excited to once again, welcome Author Kristy Centeno!  This time she's going to share a few thoughts about writing and then give us a peek at her new novel, Enchanter...

What writing means to me.

Many authors might be able to relate when I say that writing is more of a hobby with many perks than a career. Though there are many who might disagree, for me at least, writing is by all means my favorite pastime. When I decided to venture into the art of storytelling it was never my intention to make a living out of it. My decision was based solely on my desire to accomplish a lifelong dream.

Though I’d been putting pen to paper for years, I hadn’t fully explored the endless possibilities of what my brain could actually come up with. This was put to the test back in 2010 when the urge to scribble down all those ideas, concepts, and characters that had been haunting my mind for years became suddenly too much.

I must have started half a dozen books within a six month period but ultimately they all took a back seat to another storm brewing inside my skull and sooner rather than later, I began my first (and I say first because it was the first book I ever finished) real journey into a world of the paranormal. Although this plot turned out to be a young adult novel in which the main characters are werewolves, once finished, it open up a whole new world of possibilities.

It didn’t take long for me to realize that I didn’t have to stop at just one book. After all, even if it took me a while to finish that didn’t mean that my ideas would run out. As a matter of fact, once that first novel was completed the ideas kept coming and coming.

With this in mind, I continued on with my quest to write till my heart’s content. Not really knowing whether or not any of the completed novels would ever be published. The part I’ve enjoyed the least about my adventure is those weeks in which you anxiously wait for an answer from those agents or publishers you submitted your work to.

However, nothing can compare to when I sit down with my laptop and begin to type down these amazing scenes or verbally generate characters that touch my heart one way or another. Before you question my mental health I will admit to this, I do hear voices in my head. They just happen to be the kind that help me create and produce fictional worlds that will keep readers captivated and motivated to keep going ‘till they’re satisfied.

Though my life may be full often, I always find some time to get lost in one of so many
worlds. Even if it’s only for a short amount of time. Writing for me is a passion. Anything else that comes of it is but a bonus. 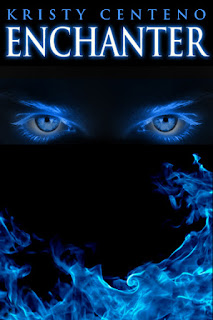 Leah Parker is furious when she finds out she’s been paired up for a class project with deadly silent, tough as nails, and incredibly intimidating Brandon Morris. Though she’s known him for years, Leah has made it a priority to stay away from him for a reason. As they are forced to spend time together however, Leah comes to find that there is more to Brandon than what meets the eye.

When a series of unexpected events forces Brandon to reveal his true identity, Leah suddenly finds herself fighting to come to terms with who he is and with the fact that by fulfilling his destiny she will come to lose the only guy she’s ever loved. As a family secret is unveiled and old threats possess new risks, they both have to find the strength to do what is expected of them. Even if that means losing each other in the process.

Love brought them together. His bloodline threatens to pull them apart. Will Brandon choose duty over love? Or will other forces far beyond their control separate them first?

We left Nelson’s house shortly after Brandon promised the older man that he would take care of Natalie. The drive back to Direct City was long and uncomfortably quiet after our exchange with the Enchanter elder and his adoptive daughter. There was a lot on our minds, but very little we wanted to share with each other. I, for one, could not summon the motivation to come up with a suitable topic of conversation because I knew that no matter what we started talking about, the dialogue would eventually drift to Natalie. And I wanted to avoid that at all costs. Besides, I was too afraid to talk lest my emotions be revealed through my shaky voice.
Thankfully, the twenty-minute drive calmed me down and reinforced my belief that Brandon and Natalie belonged together. By wanting to stay beside him, I was just making it worse for the both of us. It was time to let go and allow for him to get used to what the future held for him.
“Leah? Are you okay?” Brandon’s voice startled me straight out of my thoughts.
I was so deeply distracted by my clogged-up mind that I had not even realized that we had arrived at my apartment building and the car had stopped moving. “Oh, um… yeah, I’m fine.” I sat up straight and looked out the window. “Why do you ask?”
“It was a long drive, and you haven’t said a word since we left Nelson’s house.”
“I guess I’m just tired,” I lied. “Maybe even overwhelmed. This week has been kind of crazy for me.”
“Is that all?”
“What else could there be?”
“I was hoping you’d tell me.”
“There is nothing to tell.” I sighed and leaned my head back against the seat. “Except maybe that Natalie is nice and she seems to have already accepted the fact that you two were meant for each other.”
“I don’t want to talk about her.”
“Why not? You like her. Or did I misinterpret the whole holding hands thing?” I tried my best not to sound jealous, but hell, I failed miserably.
“Yes, I like her. She’s nice, sweet, and willing.”
“Good for you, then.” I squeezed my eyes shut and leaned heavily against the seat.
“But she’s not who I want.”
“But she’s—” All other words were cut short when his lips descended on mine. Caught off guard, my eyes shot open and I tried to sit up straight, but Brandon’s persistence kept me locked in place.
Brandon’s way of silencing me caused my blood to rush throughout my entire body in rapid torrents. At first, I tried pushing him away, but the more I squirmed underneath him, the more his kiss intensified. I felt I should run away, but I found that I did not want to escape the sweetness of his caress. I needed this closeness as much as he did – wanted it perhaps more than he did.
Brandon moaned as his tongue invaded my mouth, forcing my body to break out in goose bumps at the primitive sound. As we kissed, my mind kept trying to tell me to fight back, to resist his alluring charms, but I found myself ignoring that little voice of reason and giving into the amazing sensations his lips were guilty of evoking within me. There was no way I could battle the torrent, and even if I could, I simply did not want to. I gave in completely and drowned out the world and all common sense.

Author Bio:
As a child, I used to lose myself in an imaginary world by the means of a good book. Now that I’m all grown up, I get to create my own fictional realms and make them come to life in ways that most readers might not expect.

I’ve always had a passion for writing but never had the opportunity do so until now. After trying out numerous options I realized that writing was what I loved the most so when I found myself with some free time on my hands, I decided to give it a shot. As it turned out, my very active imagination helped me achieve my goals of creating believable plots with some ordinary, and some not so ordinary characters that helped the stories move along in one way or another.

As I keep moving along in achieving my dreams of becoming a published author, I divide my time in between my four children and my very understanding husband.

Drop Kristy a comment and let her know what you think!