Heroes rise from the ashes of defeat, and fortune smiles upon others. During the heat of the battle, Rosecrans received intelligence that a wide gap existed between General Thomas J. Wood’s division on the right and General John Reynolds’ division on the left. Without confirmation, Rosecrans ordered troops to fill a gap that didn't exist. This in turn, created an actual gap. It was a misfortune of timing. While the Union troops were dealing with the relocation of soldiers, the Confederates, under James Longstreet, used this moment to deliver a “sledgehammer blow,” 23,000 men strong, through the newly created gap. Defeat was inevitable.

George H. Thomas, a Virginian fighting for the earned his name “The Rock of Chickamauga” for his defense of Horseshoe Ridge and Snodgrass Hill. Shortly after the battle of , he replaced Rosecrans as the leader of the Army of the . The Cumberland Army then retreated to . The failure of Confederate General Bragg to follow-up and exploit the Union defeat, allowed Thomas to consolidate his forces at .

So, how did a Confederate victory ultimately lead to the South’s defeat? Two new players walked onto the stage. Given overall command, General Ulysses S. Grant arrived with reinforcements. William Tecumseh Sherman followed with the Union Army of the . From , began his march to , while Grant headed out with the intention of taking . The campaign against General Robert E. Lee followed.

As a side note, Mary Todd Lincoln's brother,  the Conferate Brig. General, Benjamin Helm, died September 20, 1863, during the battle of Chickamauga. Abraham Lincoln is said to have made the following statement. "He now knew how King David felt when his army killed his rebellious son, Absolom."

Victories and action by Grant and Sherman consolidated support for President Lincoln, and helped ensure his re-election in 1864... 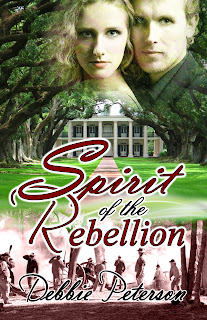 Victory from defeat.  And, perhaps, somewhere in here, the premise of a new story....
Posted by Debbie Peterson at 12:19 PM