I am so excited to take part in the cover reveal for Hell Hath No Fury, Tamela Miles' upcoming release! Isn't it gorgeous?  Let her know what you think!

Uh-oh. It's happened again, hasn't it? In fact, this is the third time this week that you can't type out a single word of your glorious WIP, in fear because it feels like you're writing crap that no one will ever read and enjoy. Fear not - you're not alone. Many of us authors are, by far, our own worst critics. My first bit of acquired wisdom is to not let fear cripple you to the point you're tempted to get up from your PC and escape into a good movie. No. Don't make that mistake. Keep your bottom in that chair and keep going. What reads like crap now just needs a little tweaking during revision. Another bit of acquired wisdom is this: Let it go sometimes, for the moment. Forget your current WIP and focus on another writing project. Shift gears to that other piece of work and lose yourself in it. One WIP often inspires another. Writing two or more WIP concurrently doesn't work for everybody but if you have the spirit of a multitasker, give it a try. Imagine your joy when you complete both projects a whole lot sooner! 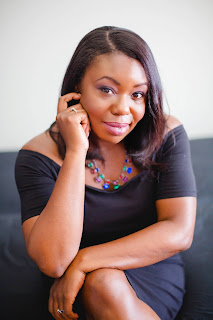 You can find Tamela in the following places:
Facebook Author Page:
GoodReads Author Page:
Twitter Page: @jackiebrown20
Posted by Debbie Peterson at 4:00 AM