Can you believe it's January 2015 already? Where did the last year go...

Anyway, as we head into the New Year and the final month of our Shadow of the Witte Wieven Book tour, I thought I'd give you a never before shared excerpt, chosen by my lovely daughter. This is the part of the book wherein Wolf and Aliyana ask for a little ghostly help to catch the bad guy...

“He is here?” asked Aliyana, as her eyes darted about the area.

“Yes, he is standing right in front of me. At this moment, he is looking at me with a bit of suspicion, so perhaps you might want to take over and give him the reassurance he seeks.”

Aliyana fixed her gaze in the exact same spot as Wolf and gave the priest a smile. She placed the palms of her hands together, raised them to her chin, and bowed respectively to the clergyman she couldn’t see.

“Hola Padre. Me llamo Aliyana Rosa Montijo, y yo nesacito tu ayuda desesperadamente,” she said, giving him her name and asking for the assistance they so desperately needed.

Aliyana shot Wolf a glance and gave him a relieved smile. “He is going to hear us out. Come on. He’s invited us into the church.”

They followed the priest up the crumbling walk and into the dilapidated structure. He led them through the broken glass on the floor, passed the weathered pews, and around the side to what remained of his office. Once he had them seated on a rickety wooden bench in front of a decrepit desk, he gave her a nod. "Que puedo hacer para ti mi hija?" He wanted to know how he could help them.

A mixture of anger and anticipation, flashed through the eyes of the priest. He leaned forward and took in both their faces. “Cómo puedo ayudar?" he asked, wanting to know how he could help.

Aliyana took a deep breath and launched into a detailed explanation of their plans. She told him about Emil Mercado—how the drug lord had already murdered an unknown number of people, including her brother. During her dissertation, she described the consequences of his illicit drug empire on those he ensnared around the world. She told him of her own work and involvement as an agent for the DEA. Finally, she laid out their plans to capture Mercado and his cohorts, as well as the part they hoped he would play in making that a reality.

The priest leaned back against his chair and nodded. His gaze traveled over to Wolf before they wandered back to her. He paused for a moment and then rose from his seat. With a single wave of his hand, he bade them follow. They trailed him down the hallway and to the back entrance of the church. Once outside, he led them to the cemetery. While they traversed row upon row of graves, he spoke. Aliyana translated his words for Wolf.

“Many are buried here that have fallen victim to men such as Emil Mercado and his accomplices.” He pointed to a fragmented stone, and then another, followed by yet another. “The blood of these innocent men, women and children compel me to leave my sanctuary for the first time since my death and give the assistance you seek. I have but one request.”

Since the priest directed the question to Wolf, Aliyana paused so that he could answer.

Wolf gave him a nod born of respect. “Name it, and it’s yours,” he said.

The priest returned a grateful smile. “I would like a moment to explain to my little flock, the need for my absence. Many of them will panic otherwise, for you see, even now, they are still in need of a shepherd.”

As Aliyana translated his words, a nineteenth century lad, aged approximately nineteen or twenty at the time of his death, emerged from the mausoleum a short distance away from where they stood. He glided toward them, shot her a shy glance, and then with a slight bow of his head, said, “Perdón por la intrusión, Padre Romualdo.”

Aliyana placed a hand against her mouth as she listened to their entire exchange without interruption. Once they arrived at an agreement, she turned toward Wolf. “Pedro overheard our earlier conversation with the father. He said he feels it is his right and his duty as a soldier, to continue to defend his country from men of Mercado’s ilk. Pedro would consider it an honor to assist us in achieving our goals. In so doing, Padre Romualdo wouldn’t need to abandon his flock, which so desperately needs his guidance. This arrangement is agreeable to the father, if it’s agreeable to us.”

Wolf extended a hand toward Pedro, who grasped it in the instant. “We’re grateful for your willingness to help us.”

Today you'll find me at Coffee Books & Art, for yet another interview. I would love for you to stop by and say hello for another chance to win!


And don't forget...for the entire month of January you can get Shadow of the Witte Wieven as well the prequel, Van Locken's Witch for just 99 cents each! 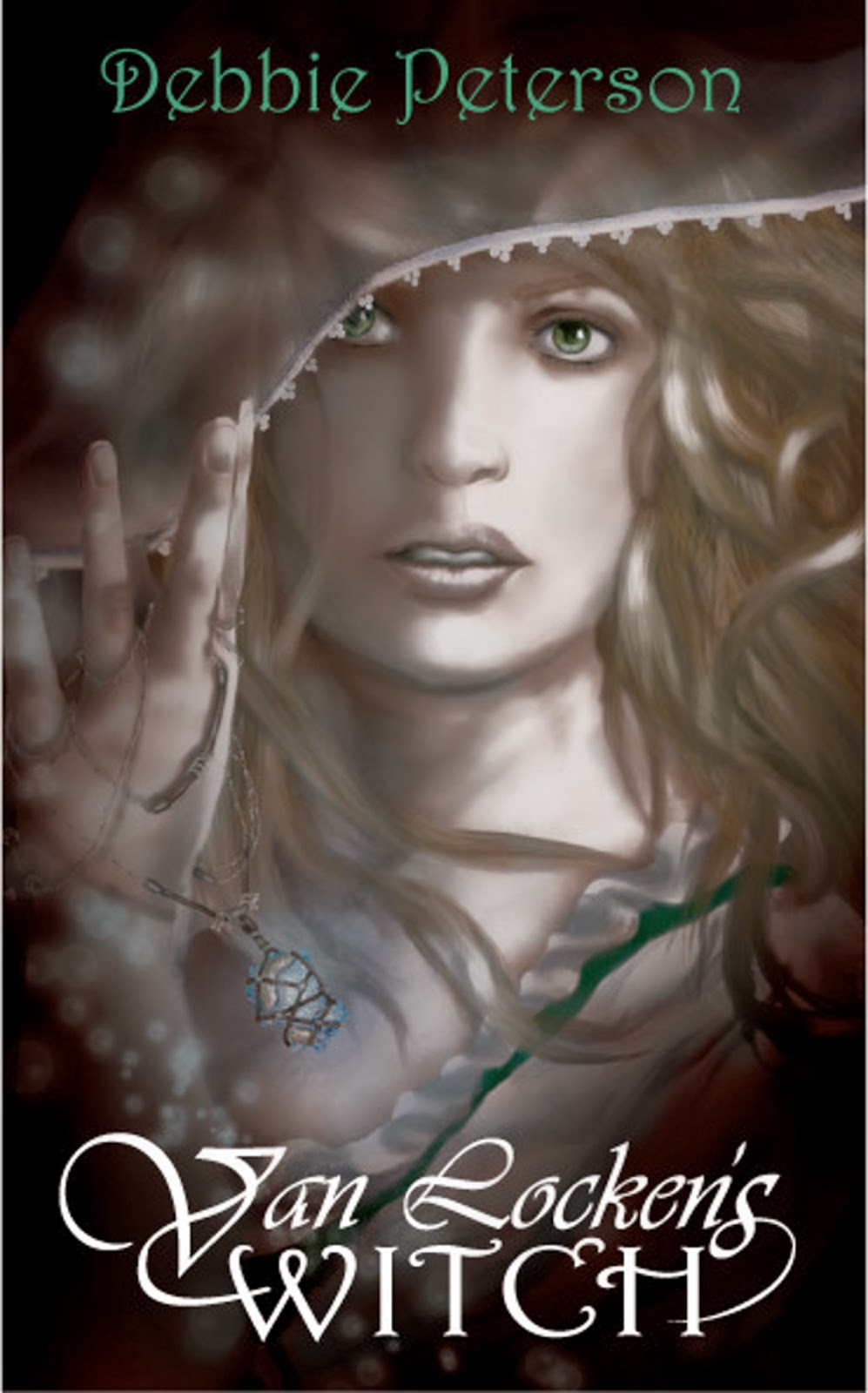 Posted by Debbie Peterson at 8:38 AM