Feminine Rulers of the Sea... Nehalennia and Salacia...

In the year 1645, after a raging storm destroyed the dunes in Domburg, Zeeland, twenty-eight inscriptions revealed the remains of a temple dedicated to the goddess Nehalennia. Again, between 1971 and 1972, more inscriptions were uncovered in Colijnsplaat. A few more turned up in Cologne, Germany, all of them giving credence to her worship. Have you ever heard of her?


This lovely Germanic goddess, whose origin remains murky, reigns over the portion of the North Sea where Dutch mariners make their crossing from the Netherlands. She is most often depicted with various marine symbols, a large dog at her side who gazes loving into her eyes, a basket of apples and a loaf of bread. (I don't know, maybe she's hungry.)


We don't know a whole lot about Nehalennia, but we do know that ancient sailors paid homage to and made bargains with this lovely goddess in a bid to ensure a safe passage across the sometimes volatile waters of the North Sea. 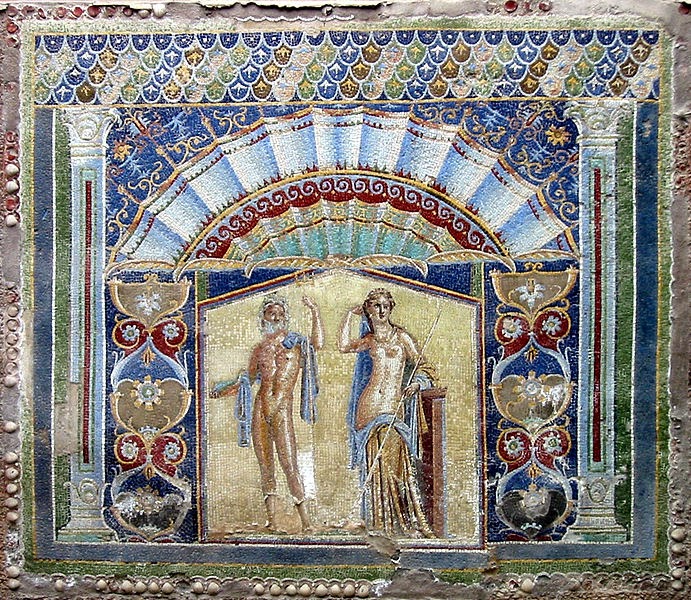 Then we have Salacia, the beautiful sea nymph and goddess, who presided over salt water and is the embodiment of calm, sunlit oceans. According to Roman Mythology, Neptune, the great god of the sea wanted to marry Salacia, but understandably, she felt a little out of her league. So, in order to preserve her virginity and perhaps do a little soul-searching, she hid herself within the depths and boundaries of the great Atlantic Ocean. A brokenhearted Neptune sent one of his faithful dolphins out to look for her and deliver a message. Once the dolphin located her, he told her that Neptune loved her and wanted nothing more than to share his throne with her as his wife and queen. Salacia demurely accepted his proposal. Upon her return,a joyous Neptune, rewarded the dolphin by giving him a forever place in the heavens where he still resides to this day and is known to us as the constellation Delphinus. Our lovely goddess went on to bear three children for her sea king, the most well-known, being Triton...

Throughout the ages, we have countless sailors who encountered sea gods and goddesses. If they were lucky, and they found favor with the gods, they would travel safely to their destinations. If not? Well...

Now Wolf, our dashing captain of the Witte Wieven  never mentioned an encounter with the rulers of the sea. Nonetheless, the fact that he's sailing the oceans of the world and made it through that violent storm in the Bermuda Triangle, gives credence to the notion that not only might he just know a few of them fairly well, but that they also count him as a favored son!

What about you? Have you passed through a violent storm while at sea?

Today I am visiting with Nancy over at The Avid Reader. I hope you'll take a minute to drop by and say hello!