An Interview with Kristy Centeno, author of Keeper of the Innocents!

I am so excited to have my very talented Inkspell Publishing sister, Kristy Centeno, visit with me today as she  answers a few questions and discusses her new book, Keeper of the Innocents. This is a Young Adult paranormal novel, filled to the brim for your reading pleasure, with an assortment of witches and demons... 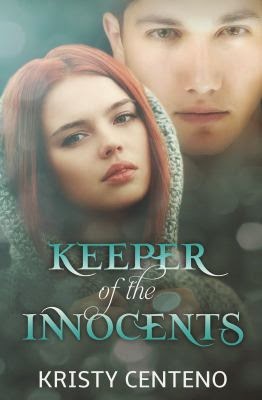 So, Kristy, tell us a little bit about your book!

Keeper of the Innocents is book two of the Keeper Witches series. This book crosses the line between a guardian witch and a demon she does not trust but cannot help feel attracted to. She has reasons to distrust him, but his motives for keeping some crucial secrets quiet are relevant only to him. As the story progresses Demi will come to find out—the hard way—that not everything is at it seems.

What began the process for this book?

A spark—an idea born on a whim one night that quickly grew into several plots and from there progressed into three different stories with complex characters with mix and match personalities.  I wanted to delve further into the paranormal world and break away a little from the vampire/werewolf world. I love everything supernatural and I thought the Keeper Witches series would provide me with the opportunity to branch out a little.

If you could be any character from any book, including your own, who would you be and why?

As of right now I think I can identify a lot with Demi, from Keeper of the Innocents, just because she’s very straight forward, responsible, and takes her job very seriously. I take all my responsibilities very seriously, am very straight forward, and consider myself to be responsible—especially when it comes to my family so I can easily say Demi is a lot like me or I’m a lot like Demi : )

If someone gave you the opportunity to have a one-on-one conversation over dinner with any author from any time period, who would you choose and why?

Cassie Edwards. I grew up reading her fabulous historical romance novels and I’m a huge fan of her work. I’d definitely like to have the opportunity to ask her what or who was the inspiration for so many breathtaking novels.

When you begin a new novel, do you follow an outline or do you let your characters change the direction of your story?

I have tried outlining my novels, but I found it difficult to stick to it. For some odd reason, every time I write an outline I can’t seem to get my story where I want it to. On the other hand, when I just let my imagination take over I find that I can write without a problem. I’m not sure why that is or where the problem lies but I try to work with what gets me going.

Do you ever have arguments with your characters, and if so, who usually wins?

It’s funny how I can envision my characters in my head as if they were real people and yes, I most definitely argue with them from time to time. And no, I do not have any mental instability. Although, one would think I might considering how I tend to argue with people who only exist in my head. But I’m sure many authors can relate when I say writing a book is like watching a movie only you can see.

What kinds of music do you listen to that inspires you when writing?

Tell us one fact about yourself that our readers would be surprised to know?

I’m secretly an activist for women’s rights—well, I guess that’s no longer a secret anymore!

Demi Redding has used her powers to vanquish demons for years, but when one shows up next door she will be forced to set both her experience and instincts aside to battle a war that has nothing to do with magic, and everything to do with matters of the heart.
As a Keeper of the Innocents, Demi’s load as a guardian reduces with only one charge to take on at a time. However, when her new foe proves to be a force she can neither see nor find, she has no choice but to doubt the so-called good intentions of the stranger one door down.

Rhyzel Connor is not your average neighbor by any means. The red specks of color in his green eyes alone sets him apart and his demonic heritage makes him an easy target. Because of who he is he can’t afford a mistake that will result in his demise, but the fact that he knows way too much about Demi quickly raises the suspicion veil over him.
There is a mission he must complete, and secrets he must fight hard to keep, but the biggest hardship he must face will be forfeiting his life in order to save Demi’s.

Everything happened so fast I couldn’t even react. Stunned, I just stood there for a moment trying to size up my attacker. Before I even glanced up to look at his face I could tell something was off with him, but because of my nervousness, it was hard to tell for sure. He’d come out of nowhere, and if he intended to kill me, I was easy prey.
“What the hell do you think you’re doing?” a deeply masculine voice growled at me. Fortunately, that same voice helped break me out of my stupor.
I was prepared to see some form of evil glaring down at me, but what I found when I glanced up was definitely not what I was expecting. The handsome stranger staring at me was hot. Not just your average Joe kind of hot. No. This was like the kind of hot that makes a girl want to sin in ways she’d never done before.
His pale skin, tousled, bronze colored hair, and full lips were striking to look at, but his eyes left me completely speechless.
Perfectly round green eyes stared back at me and though they were gorgeous all on their own, it was the few specks of red in his irises that I found beautiful and so unusual. I was left with my mouth hanging open. I’d never seen eyes that color before and no matter how many times my brain yelled at me to look away, I just couldn’t. I was drawn to him. To his unique eyes. To the mystery that shrouded him.
“Are you deaf?” the tone of his voice rose a little more.
“No…no. I-I…was just—” My speech was impaired by his handsomeness and I felt stupid. It wasn’t like he was the first cute guy I’d ever seen. As a matter of fact, I’d broken up with my boyfriend two months ago and he’d been the cutest guy I’d ever seen. Now that this stranger was standing in front of me, I wasn’t so sure anymore. 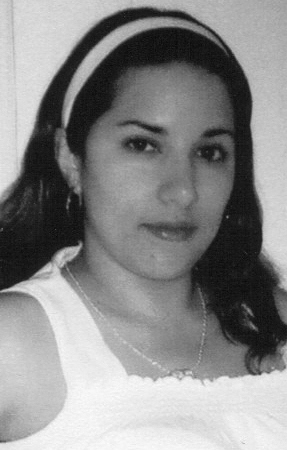 Kristy Centeno is an author of paranormal romance, young adult, new adult, horror, and contemporary romance.
She has always had a passion for books and after years of being an avid reader, she decided to transform her desire to write into a reality and thus, her first novel was born. In her journey to create memorable reads, she has delved into several genres, creating fictional characters meant to entice readers and captivate the mind.
She is currently working on finishing off the Keeper Witches series among other projects, which include sequels to her published work. When she’s not busy taking care of her five children or holding down the fort, she finds time to sit and do what she loves the most: writing.

You can find Kristy at the following locations:


Sounds good to me! What about you? Leave Kristy a comment, I know she'd love to hear from you!