Balmoral Castle, Queen Victoria and the ghost of John Brown... 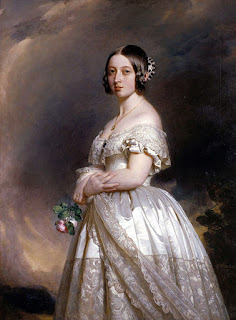 Queen never fully recovered from the untimely death of her husband, , in 1861. Nonetheless, she found solace in the companionship of John Brown, who acted as the queen’s personal servant. Whispers concerning an improper relationship abounded and to this day, no one knows how deep that relationship truly ran. The 15th Earl of Derby, Edward Stanley, reported that they slept in adjoining rooms “contrary to etiquette and even decency.” ’s own daughters, in joking manner, referred to John Brown as “mama’s lover.” 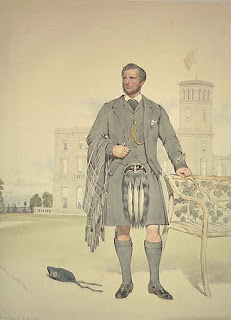 So, were Queen Victoria and John Brown star crossed lovers, separated by Royal birth and class, or did they simply have an honorable friendship besmirched by those with a mean, jealous, malicious streak?

Either way, the queen had strong feelings for John Brown and in a letter after his death in 1883, she said, “the blow has fallen too heavily not to be very heavily felt...”

Is it any wonder then that Queen Victoria spotted the ghost of John Brown, dressed in his all too familiar kilt, on the grounds of Balmoral castle? One might think the sighting a case of simple grief, or wishful thinking.

However, the queen is not the only one to have seen him on the grounds or roaming the halls since his death well over a century ago.

If you’re at Balmoral Castle, and discern and approaching specter dressed in Scottish kilt, he may answer to the name of John, and perhaps, if you’re lucky,  give some clue as to his relationship with Queen Victoria…..perhaps.


Posted by Debbie Peterson at 1:56 PM