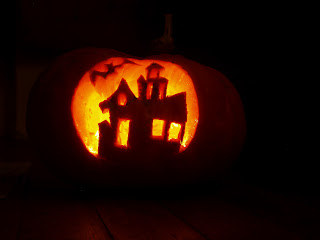 In , they celebrate Dia de los Muertos or Day of the Dead. More festive than the northern countries, this is a day for gathering families and friends to pray for the deceased. The pagans of the pre-Columbian also celebrated the deaths of ancestors. Dia de los Inocentes, Day of the Innocents, or the Day of Little Angels, held on November 1st, is a day to remember departed children and infants, whereas November 2nd, is the day to remember the adult dead.


The Scots held to the notion that the invisible world, endowed with power, gave his “satanic majesty” as well as all his minions, more leeway on this night. Witches took flight on magic brooms, others rode tabby cats they turned into black steeds, and the green-robed Fay roamed at will. 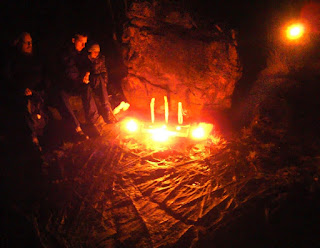 Samhain is the biggest and most significant celebration of the Celtic year. On this day, the veil between worlds becomes very thin. Spirits of the dead can mingle far easier with the living. This is a day to gather, not only to honor the dead, but also to sacrifice vegetables, fruits, and animals, in order to keep the dead away from the living. For on this day, all manner of beings are out and about, such as fairies, demons, and ghosts.

Other traditions give us pulling the green kail, eating apples at the glass, the burning nuts, sowing the hemp seed, the ceremony of the winnowing corn, measuring the beanstalk, eating the herring, dipping the shirtsleeve, the three plates, and throwing the clue. The early church condemned these practices as sorcery. Then we have jack-o’-lanterns— In Ireland the Samhain custom of carving lanterns from turnips, is a way of remembering the souls in purgatory. The pumpkin, native of the new world, and far larger, softer and easier to carve than the turnip, replaced the turnip in the . 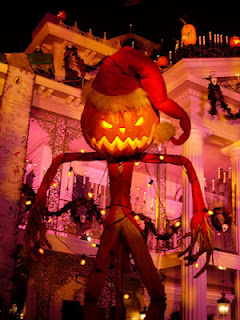 What about those costumes? Recorded in in the year 1895, we hear about guisers (which developed in sometime in the 15th century) or masqueraders who disguised themselves. These revelers carried lanterns made from hollowed out turnips and visited homes in order to collect fruit, cake, and even money. In , this practice didn’t begin until about 1911.

What are you doing for Halloween this year?

Posted by Debbie Peterson at 12:26 PM