Interrupting our Spirit of the Knight Book Tour (briefly) to bring you a bit of SUMMER FUN! The lovely Shauna Wheelwright of "I love to Read and Review Books" gathered some of her favorite authors (ahem) for an Amazon Gift Card Giveaway! All you have to do for your chance to win is log in and enter! Wishing you all the best of luck! 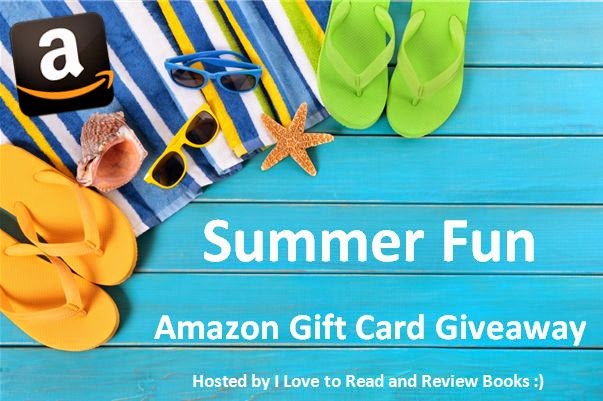 What would you do with a
$175 Amazon Gift Card?

Read more »
Posted by Debbie Peterson at 8:12 AM 4 comments:

Email ThisBlogThis!Share to TwitterShare to FacebookShare to Pinterest
Labels: Debbie Peterson, Give-A-Way, Spirit of the Knight

Interviewing the Characters from Spirit of the Knight!

You'll find me at two stops this week as we wrap up the month of July in our Spirit of the Knight book tour and giveaway. Please drop by and say hello for another chance to win our fun prizes!

1. Booklover Sue asks questions and I answer!
2. Paranormal Romance and Authors That Rock leaves you with a five fang Review...you can't ask for better than that!

Warning! There are some spoilers ahead, so don't read the answer if you don't want to know!

For the past several weeks, a lot of questions for Cailen, Mariah, and the Knights have trickled in (thank you all very much for participating, it really warms my heart). So, I thought it time to get some of them answered!


All right Sir Cailen Braithnock, we have some questions for you. Are you ready?

Tammy wants to know if you wanted to follow Mariah to the pub when she met Evan for dinner or were you content to wait for her return?

"Ye dinnae know how badly I wanted to follow. I must confess I had this overwhelmin' need to keep a close eye on Evan after his intentions concernin' Murriah became obvious. Nonetheless, I felt it would be discourteous to go when she didn't extend me an invitation."

Read more »
Posted by Debbie Peterson at 1:00 AM 6 comments:

The Excerpt that Inspired the Portrait...

As we reach the halfway point in our July blog stops, I though I'd share one of the excerpts from "Spirit of the Knight," that inspired the marvelous art print offered in our giveaway and created by the amazing artist, Shandra Kay!


More arrows pierced through his armor, they continued to pierce him until he could no longer feel them enter his body. Still, he fought on with the intent of sending to the devil himself, as many archers as he could. An enemy rushed straight at him. Cailen pivoted and raised his sword for the kill. But just as he thrust his weapon into his opponent’s heart, the man raced straight through his body as though he didn’t exist. His intended victim somehow ended up right behind him to engage another.

Stunned over the occurrence, he whipped around. Naught but death and devastation littered the grassy field. Most of his battalion lay dead on the bloodied soil, Lord Robert Bruce and the Earl of Mar among them. He noticed the strangeness then.

Something didn’t feel right. He touched his body in various places. The muscles, skin, and bone felt solid enough beneath his fingers. Yet, just as he placed his hand against his chest seeking the beat of his heart, he spied his mortal body prone at his feet. Eyes, which no
longer blinked, stared up at the morning sky. A hand, which would never again engage an enemy, clung to his sword. He knelt next to his mortal remains in quiet despair. A steady hand aimed for the arrow that pierced his heart and ended his mortal life. He couldn’t grasp it, no matter how hard he tried.

He hesitated for a moment and then turned to face a bewildered Duncan. His friend of many years placed a hand of comfort upon his shoulder. Unable to speak, he gazed into his eyes and shook his head.


Now, don't forget to drop by this Week's Blog stops! Visit both for another chance to win our fun collection of prizes!

The Wispy, Women in White at Tretower Castle...

In giving a nod to the ghostly lasses residing alongside Sir Cailen Braithnock, (though the poor man doesn't have a clue...) I thought we'd take another look at a haunted castle in Wales that many say is home to several ethereal ladies.

At the turn of the 11th century, there arose in the kingdom of Powys, in Crickhowel, a motte-and-bailey castle known as Tretower. At this time, a Norman knight by the name of John Picard built the structure using earth and timber. By the middle of the 12th century, a member of the family built a stone keep on the motte, replacing the timber defenses.  History records that six generations of Picard's descendants lived and died here. 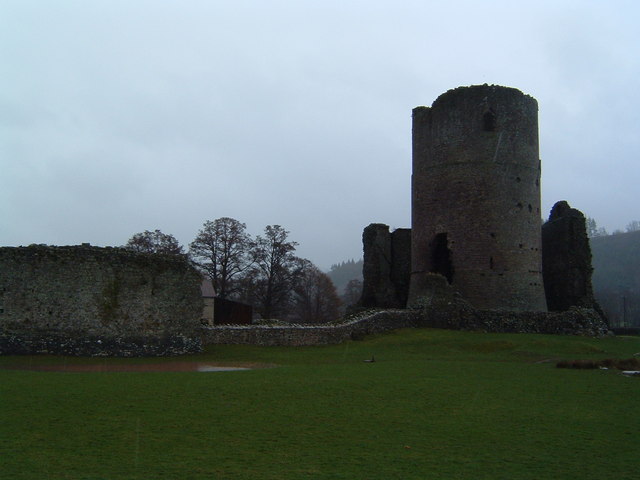 Then, in or around the year 1540, Sir William Herbert, connected to the Picards by marriage, gave the castle to his half-brother Sir Roger Vaughn. Roger subsequently built Tretower Court, and on its grounds, one of our wispy white ladies is said to wander. Many believe she is the spirit of Sir Roger Vaughan’s wife.

Read more »
Posted by Debbie Peterson at 1:00 AM 6 comments:

The Haunted Moor of Culloden...

I suppose we can't speak of spectral knights and castles inhabited by ghosts without mentioning a haunted battlefield or two, if even briefly...

And what is more appropriate to begin our July "Spirit of the Knight" book tour guest blogs than the highly revered, greatly respected, Culloden Moor, near Inverness. Here, amidst the heavy rain on this boggy day of April 16th, in the year 1746, government troops decimated every man comprising Bonnie Prince Charlie's rebel forces. These forces were made up of brave Scotsmen from clans such as the Frasers, the Stuarts and the MacDonalds, who wanted nothing more than to see a Stuart return to the throne. Fate would not will it so. Even after the bloody battle concluded, the work of death did not. The slaughter continued until every man loyal to Prince Charlie died. It took but 40 minutes. 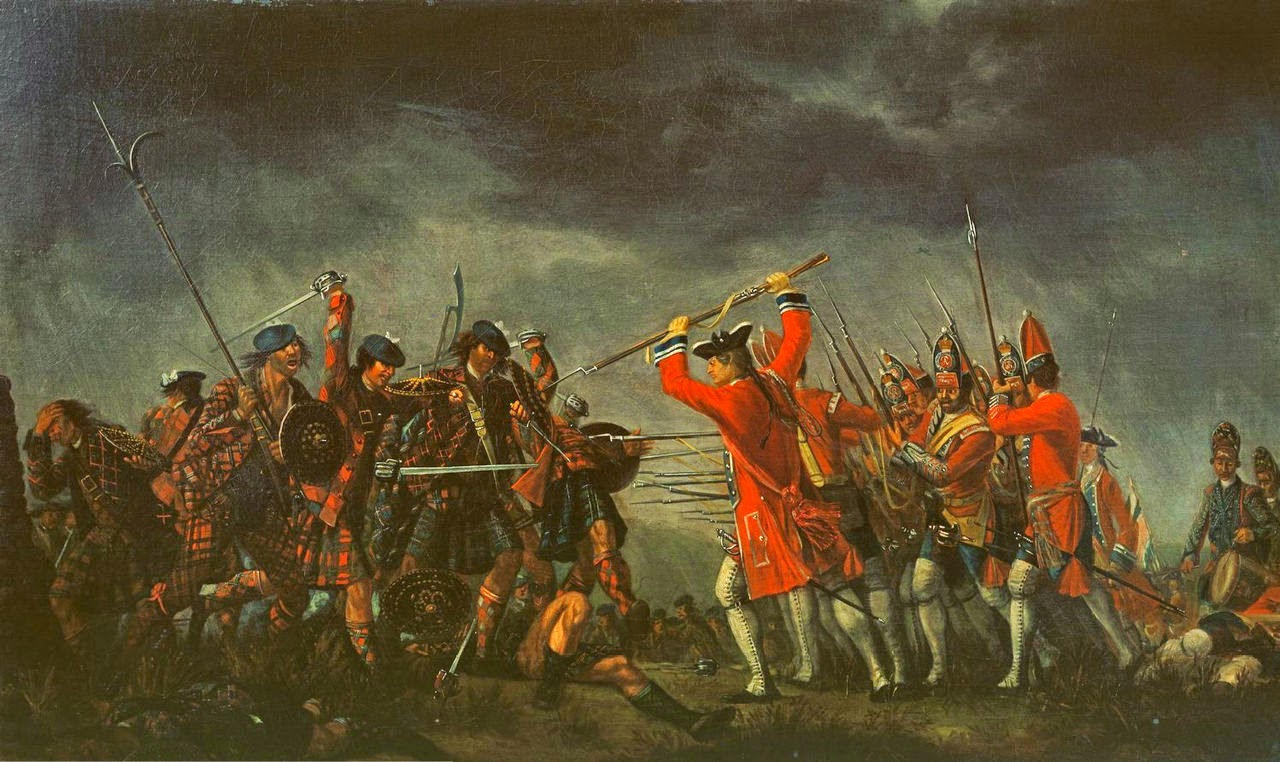 Now they say, on each anniversary of this brutal battle, the army fights yet again. The clanking of swords, battle cries, and the moans of the wounded are heard echoing throughout the moor. Witnesses often report seeing a tall man dressed in a tartan. He is obviously distraught and just before he disappears he is heard to whisper, "defeated..."

Another story often retold is that of a woman who, over six decades ago, spied a tartan lying atop one of the graves. She said that when she peeked beneath it, she saw the ghostly form of a seriously wounded soldier. I couldn't help but wonder if he asked for or even wanted her help?

One of the more sorrowful legends of Culloden Moor is the silence that prevails over the battle site. Birds will not sing here, nor will the heather, which grows abundantly nearby, cover the graves of the Jacobites.

Given its history, I'm not so sure I'd have the heart to visit Culloden... Would you?

Posted by Debbie Peterson at 1:00 AM 6 comments: